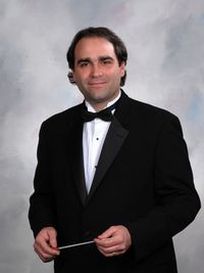 Joseph Marchio, a native of Charleston, West Virginia, is Pastor and Director of Music at First Congregational Church of Chatham. He is also currently Music Director of the Chatham Chorale. He holds degrees from The College of Wooster, Yale University, and Boston Conservatory, where he received his master of music degree in conducting, studying under Dr. William Cutter.

Marilyn recently retired from 35 years of teaching music in VT, where she also ran a summer music camp called Summer Stage, conducted a handbell and church choir, played with a community handbell group called Northern Bronze, and was a Taiko drummer for seven years. She now conducts the handbell choir at First Congregational Church in Chatham, and plays with the handbell group at Pilgrim Congregational Church in Harwichport.